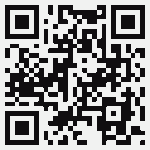 Bitness is a group of core sports enthusiasts with a passion for snowboarding, skateboarding, surfing, paddling, climbing, biking and other pursuits. Professionally we are nationally recognized photographers, web developers, writers and designers. We review gadgets and gear we either already own and gear provided to us by the manufacturer or their agencies to test.

GET REVIEWED!
Bitness readers are male and female action sports participants who take advantage of gadgets and gear that help us recall our adventures, learn from them and hopefully improve. Our readers are surfers, skaters, snowboarders, bikers, swimmers, paddlers, climbers and general outdoor enthusiasts. Only Bitness “Approved” products will be reviewed, so if you are looking to have your gadgets or gear reviewed please contact us and provide a description and/or URL with additional details about the product. Approved products are tested and reviewed by a qualified member of our team (depending upon which activity it is) and posted to Bitness typically within 1 week of testing. Lawrence started Bitness as a creative outlet paired with a lifelong obsession with fitness and gadgets. From skating New York’s Brooklyn Banks in the early 1980s, to discovering snowboarding from a guy named Jake who was strapping on one of his earliest creations at Magic Mountain in Vermont, Lawrence has always been out in front of balance sports that continue to be a part of his life today. Now living in Rhode Island with his wife and two young daughters, Lawrence still enjoys ripping backcountry powder, street skating, running, climbing and surfing local breaks with friends. Franz cemented his reputation as an East coast ripper in the mid 80s with numerous wins at regional half pipe competitions. Taking his love of competition with him to the West coast, Franz started racing in the 450 Superbike class at Sears Point, racking up several wins and earning the award for best new rider. Franz is also one of the biggest gadget freaks on the planet, with drawer after drawer stuffed with bygone gadgets too good to ever throw away.

An art director with a master’s degree in psychology, Franz has a keen eye for what’s elegant and what’s compelling in design. Living in San Francisco with his dogs, Franz has recently focused on photography – a nice hobby with plenty of new gadgets to explore. 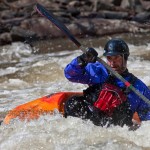 As a professional photographer, Jason has been published in Bicycling, Mountain Bike, Men’s Journal, Runner’s World, New York Times Magazine & Slam among other national and international publications. He counts among his clientele Gatorade, Nike, Adidas, Foot Locker, Cannondale, Reebok, Philips Electronics and dozens more. Jason recently completed a project for Nike, his photos of running, soccer, basketball, and tennis were used on billboards several stories high all over China.

Previously as an elite category one cyclist who’s winter training regimen could reach 30 hours a week on the bike, Jason is no stranger to putting gear to extreme tests. While no longer racing, cycling is still his main mode of transportation around his now hometown of NYC. Jason’s newest athletic passion is white water kayaking. Jason paddles year round in the Northeast, in search of rapid rewards and camaraderie among friends who share his enthusiasm for pushing the limits. 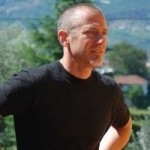 Rob was an active martial artist from his teens into his thirties, studying a variety of arts and styles in places like White Plains, NY (Urban Goju Karate); Hanover, NH (Shotokan Karate and Tae Kwon Do); Nanjing, China (Shaolinquan and Taijiquan); Taipei, Taiwan (Tae Kwon Do and Wing Chun Kung Fu); Chicago, IL (Aikido and Tae Kwon Do) and London (Taijiquan).

Fatherhood and bad knees prompted Rob to find a different athletic high. In 2002 he started triathlon training and has competed since 2004, moving steadily up the triathlon food chain. Currently racing half-Iron-distance races, Rob will compete in full Iron-distance next year. His big goals are “to have my grandchildren cheer me on at a race one day,” and “to compete long enough to win my age group, maybe in another 10-20 years.”

A British Triathlon Association-certified Triathlon Coach for the past 3 years, Rob stays busy coaching club sessions and private clients in the UK with TriLondon.co.uk and SwimForTri.com. He is also a UK:Athletics Running Coach and also plans to pursue coaching qualifications in cycling and swimming.

Rob makes his living as a professional photographer specializing in and teaching photography courses on jewelry and fashion accessories. He has a growing interest in sports photography and videography as well, including underwater swimming.