Inspector Gadget had one and now you can too – an eye in the back of your head. Cerevellum has introduced a prototype of a bike computer with a rear view camera (Get it? Cerebellum and Cerevellum? Clever bastards.), which in theory should keep you safe from approaching cars or to track the whereabouts of a riding partner who had a few too many the night before. 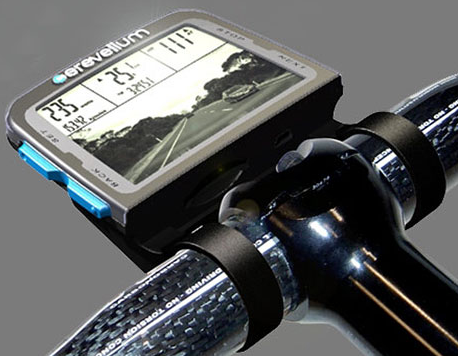 I’ve been nearly run down hundreds of times, but never got a good look at the face of the demented and disgruntled ex-girlfriend as I deftly swooped out of harms way. With the Cerebellum, not only would I see the mascara running down her miserable face, but I could also track heart rate, cadence, speed, distance and my whereabouts with modules that slide into 4 available slots.

The Cerevellum will hopefully be available in 2008 and the base unit is expected to cost about $200.