Lately I’ve become the neighborhood bicycle mechanic. I was sitting on the front lawn replacing the brakes on my wife’s bike, changing the skins and adjusting the derailleurs. Soon a few kids came by with their bikes in disrepair and I was turning my Park tools just fast enough to put up with demand. It would have been a lot faster and less frustrating with a work stand, especially when testing the shifting with derailleur adjustments. 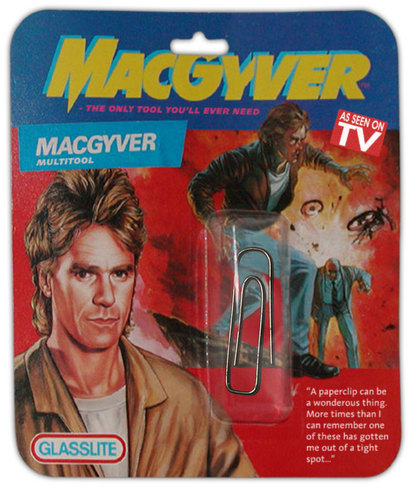 I started looking at work stands recently and especially liked the Spin Doctor Pro G3 Work Stand. I checked it out in a local bike shop and was impressed with the construction. It has a tripod-base, clever quick release clamp and best of all it’s portable, But I don’t have $150 for a workstand, so I’m going to MacGyver one I found on a site called Instructables.

Instructables provides instructions on how to build just about anything yourself using commonly found parts. They feature many homemade bicycle work stands. I like this one, but the best has to be this bench model (and the added variations).

Strap on your mullet, get out the Swiss Army Knife and check out the Instructable site and build something. I’ll be posting pictures of the bench top model after I hit the Depot tomorrow and have a chance to slap it together.