As a triathlete, you kind of have to get used to early mornings. Most races will start pretty early, and you’ll probably find you have to get up at ridiculously early times to get to the races on time (but, like, how do you get a decent night’s 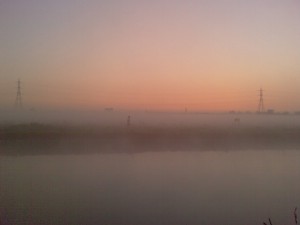 sleep when you have to get up at 2am for a race?). It’s also generally a good idea to try and fit in your longer training sessions early in the day, so you get it out of the way and still have time for the other people/things in your life.

On top of that, as a triathlon coach, I am still getting used to the fact that people mostly want to be coached either very early in the morning or later in the evening.   Getting up at 4-4:30am 3 days a week so I can do my job still takes a lot out of me, especially when you add 20 minutes up to 1.5 hours travel time each way to coach these sessions.  But, it’s still my favorite time of the day.

I know it’s not just a triathlon thing, I know lots of people like to get up early to catch the good waves, the fresh powder, the greens that have not been trampled.  But, here are some of my observations and meditations: 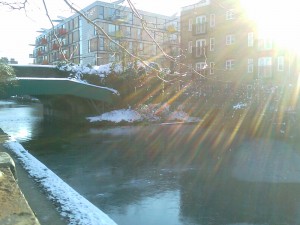 I guess that’s the part I like the best about 5:30am: the chance to see things from a very different perspective, maybe surprise yourself, maybe experience something really unique. While you avoid the broken glass and drunk drivers.

Please feel free to add your comments and meditations below.