Balance sports have always been a passion of mine. Skateboarding, snowboarding and climbing (which has just as much to do with balance as it does strength and agility). Slack lining is a great way to develop balance and core strength, but there are myriad other ways including balance boards.

Growing up, my bestest buddy Jason had a Bongo board. The both of us took a few spills in the garage, but eventually couldn’t be budged off the damned thing. Flash forward 15 years later and I’m living in Newport, RI – home of the Rolo Board. Everyone in Newport knew about them and the inside joke was a Rolo Board sticker was as good as a parking pass (Newport being a tourist trap, the police generate a windfall from parking tickets). 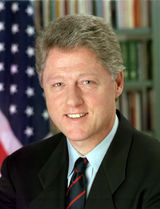 One Fall President Clinton was in town and I was lucky enough to meet him. As he worked his way down the meet-and-greet line, I saw people give him small gifts. I deftly searched my pockets (no reason to alarm the secret service) looking for something – anything to give WJC. I had a fresh stack of Rolo stickers – my friend Scamp was tight with the guy making the Rolos – so I handed one to the President explaining the importance of the sticker – what with it being from a local small business and all.

“Watch this,” he told me. “Somebody give me a Sharpie!” The White House photographer produced a Sharpie in an instant and our 42nd president signed the sticker with a flourish. We posed together, with me holding the Rolo sticker next to the man who wasn’t bad at balancing a budget. I gave the sticker to Scamp so he could give it to his friend. I thought it would be a cool and he might pin-it-up on the wall. The next day I had a brand new Rolo board as thanks.

The Rolo board was a big improvement from the Bongo of yore (note: Bongo makes modern versions now as well). With a concave deck and upturned nose/tail as well as bungees that hold the dowel in place you can ride it in two positions. Skiers, yoga enthusiasts and beginners straddle the dowel and snow/skate/wake/surf boarders set the dowel along the length of the board – directly under foot.

Balance boards are used by the NFL, the US Olympic team, NHL and other professional and elite sports organizations. They’re used to help avoid injuries and to help people recover from injuries. Grab one, start on a rug or grass in the straddle position and you’ll soon realize the benefit on the slopes, in the waves or wherever you put balance and core strength to the test.