Apparently, owning a lot of gadgets is as bad for your bank account as it is for the environment. According to an article in the Telegraph, the International Energy Agency (IEA) predicts our penchant for cell phones, iPods, large screen televisions and other gadgets is putting the world on track for 200 new nuclear power plants by 2030. 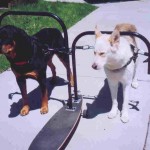 The article states that in 2030 our gizmos will require about 1,700 terawatt hours of power to run, or three times today’s amount and equal to the current combined domestic energy consumption of the United States and Japan!

Do your part to help the planet; Recylce old gadgets, look for alternative energy solutions, buy energy efficient appliances and use the energy saving features that come with your home computers and laptops.